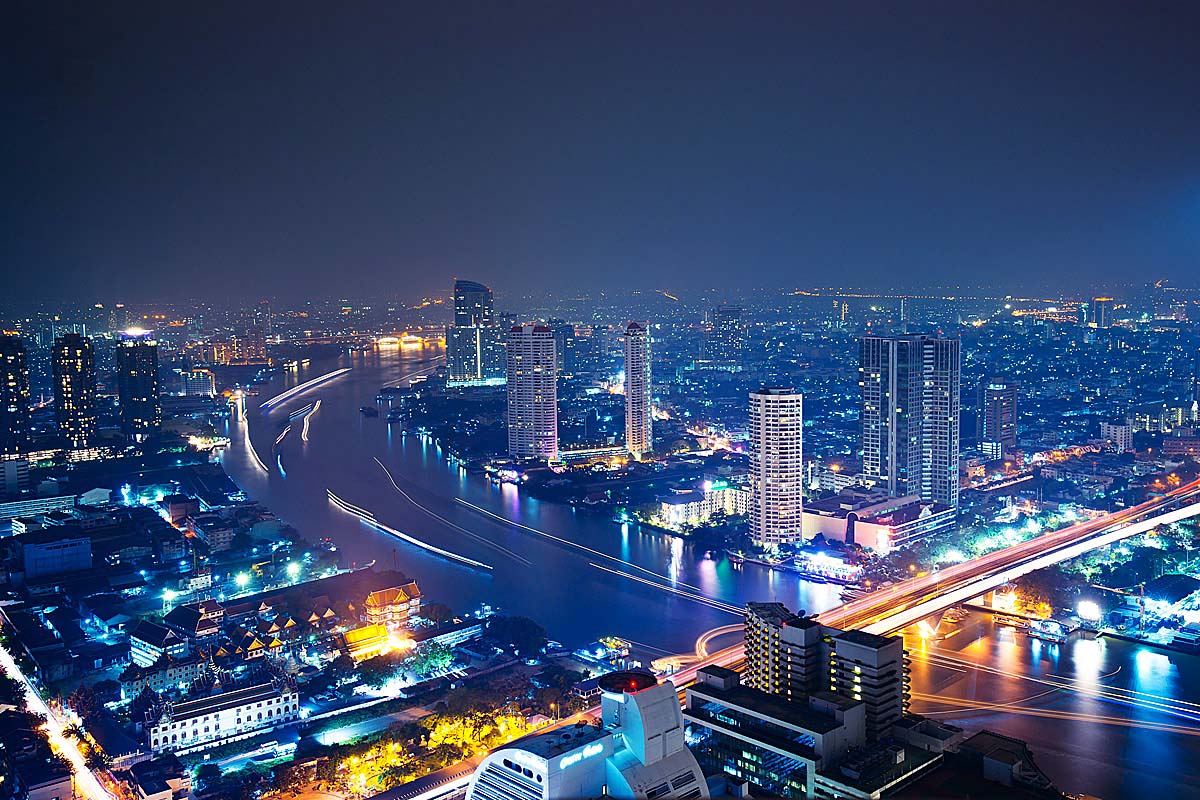 I had a decision to make over the weekend: find the best travel deal to Ko Samui, Thailand. It was a lot harder that I expected and a little more expensive than I originally had thought, but you know, I’m travelling over Xmas holidays and Christmas has never been cheap. Well, at least not for me. I’m quite lucky that I’m based in UK. And to be honest, it’s probably the cheapest country to travel from in Europe… but you kind of have to live in London to catch all the great deals. Edinburgh in Scotland (this is where I live) is a different story. So being a very rational man, I tried to list all the possible options for the best flight deals to Bangkok, Thailand.

Here’s what I came up with: I could fly from the following cities:

Edinburgh – because it’s the most convenient option for me and it does save time and the nerves.
London – might be the cheapest option, and it is very likely that I will fly from EDI to LHR anyway. I could just take a train instead.

Amsterdam / Paris / Brussels – Maybe I could get a cheap direct flight from any of these cities…?
I could fly to: Bangkok, Thailand or Kuala Lumpur, Malaisia. I’m not yet exactly sure of the final destination… But I do know that I’m travelling to Ko Samui or Pattaya and both destinations are in the middle of Thailand therefore flying to Bangkok or Kuala Lumpur does or should make sense. Ok, let’s begin. I did most of my analysis with Skyscanner – a great tool and I enjoy supporting local businesses (they are based in Edinburgh), however it has a few disadvantages too. One of the biggest flaws of skyscanner – the mismatch between the prices. If you are searching by month, the prices you are shown in the nice bars are very seldom the correct ones. In most cases the actual fare is more expensive. However it serves it purpose and really is a very good starting point to plan your journey.

So let’s start by trying to find the cheapest fare to Bangkok from Edinburgh. According to skyscanner the cheapest fare is just over £500 pounds when flying in May. I think it’s always good to know the cheapest possible fare because than you can easily decide how overpriced the ticket is. Edinburgh to Kuala Lumpur seems to be more expensive and the cheapest I could find was around £650. There might be another option that I haven’t explored – travelling to Perth, Australia and then you could book flights to Kuala Lumpur with the local travel agent but as much as I loved having a layover in Perth, I don’t think it is possible at this time because even though it’s still September, Christmas happens same time every year… and it is quite expensive. That said, the cheapest fare from Edinburgh to Bangkok that suits my needs is a little over £760.  I chose to save almost £300 by flying out on Christmas day and managed to find something cheap (?) that would cover 15 days of tourist visa. 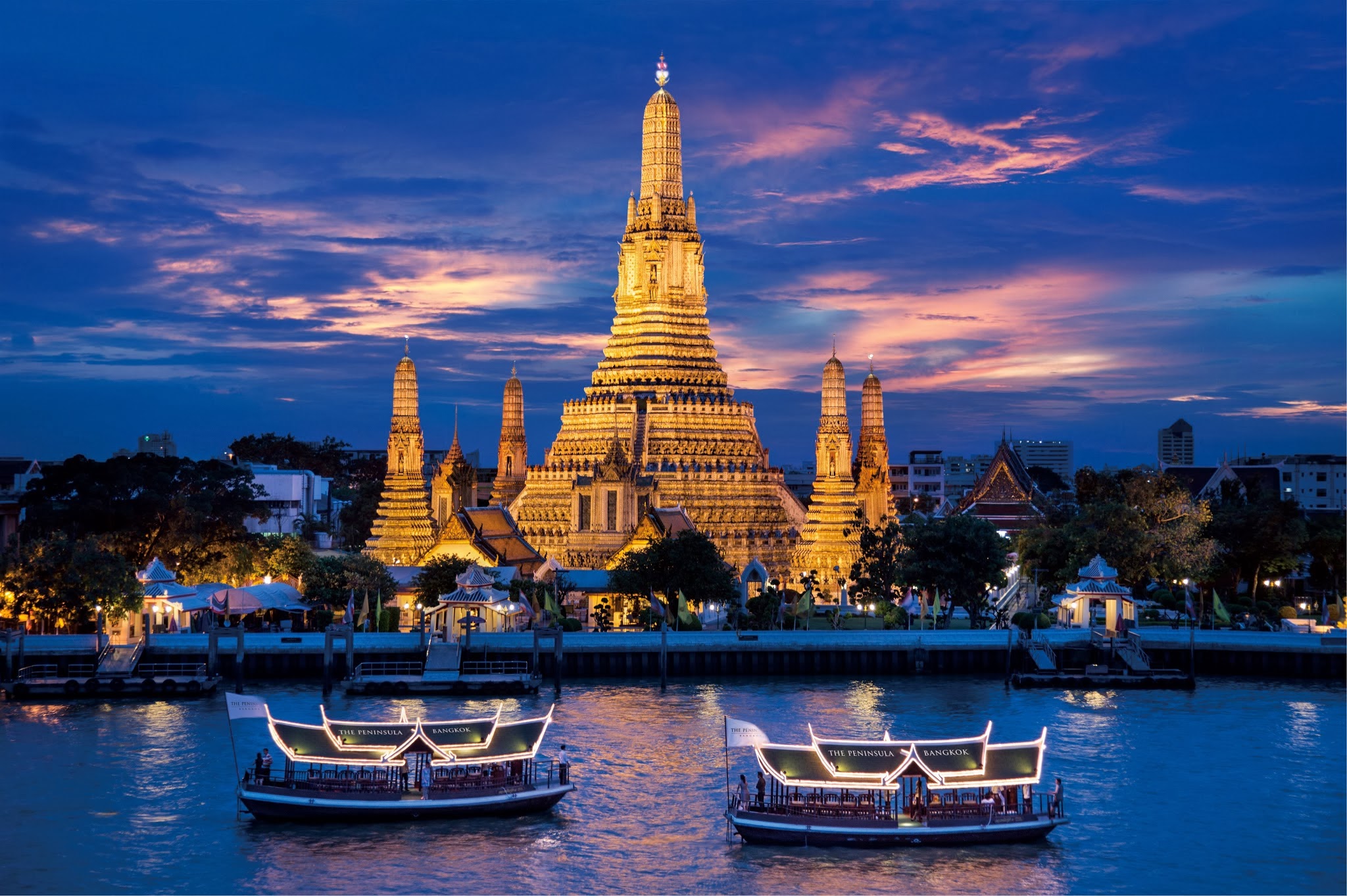 While a flight from London should be shorter & cheaper, I have to add the cost of getting to London from Edinburgh. It should be around £100 pounds:

So it adds up to £100 pounds… Which is still quite reasonable if there’s a shorter and cheaper flight from London when compared to Edinburgh. The cheapest ticket from London to BKK seems to be around £500 when travelling sometime in May and does have shorter journey time compared to Edinburgh. The other interesting observation is that the price is exactly the same (ok, London £8 cheaper) so I guess it doesn’t really matter where you are flying from if a booking is made many many days is advance. Sadly it’s a different story when trying to find something decent over Christmas. Sure, London is cheaper than flying out from Edinburgh, nevertheless it adds almost 10 hours to my journey time. Add an extra few hours (ok, 4 or 5) or more travelling by train to London and then taking a subway to an airport and all of the sudden the potential savings of £52 doesn’t look that awesome. Savings of £52 = £764 (flight from EDI) – £612 (flight from LHR) – £100 (travelling costs). Travelling time increases by more than 10 hours. Well, this one is no brainier – London is not an option. What about flights to Kuala Lumpur? Unfortunately this is not an option too. Even though the fare is cheaper than one from Edinburgh the overall journey time is a joke. 45 hours? One has to be crazy to even consider this.

Ok, this doesn’t look like something one would consider while based in Edinburgh. However, there are plenty cheap flights with Easyjet or Ryanair between Edinburgh and cities mentioned above and in most cases the cost of the flight would be cheaper than a train ticket to London. In addition to that a connection is highly probable in one of those cities i.e. a flight from Edinburgh to Bangkok (option 1) has a connection in Amsterdam. So must check this possibility too. The following are the cheapest fares on 25Dec’12(TUE) – 9Jan’13 checked via skyscanner on 24Sep’12
Amsterdam to Bangkok (return) – £783 – interesting how the extra leg from Edinburgh to Amsterdam reduces the price. Sometimes it happens that a connecting flight is cheaper than a direct one.
Brussels to Bangkok (return) – £850
Paris (CDG) to Bangkok Suvarnabhumi (BKK) – £530 (!) We have a winner!

This is quite a fare! £530 in the middle of Christmas holidays. Let’s take a deeper look. Well this is quite sad actually, 38 hours is a little too much for me from Paris to Bangkok. Even with a very convenient flight from Edinburgh that would allow me to spend an evening in Paris. £530 + £141 = £671. On one hand it’s quite tempting as I could spend saved money in Paris, on the other 38hours journey – is what frightens me. I think it would be too much traveling. The flights from Brussels, Amsterdam or Paris to Kuala Lumpur are more expensive and the cheaper options have ridiculously long travel times so I will just skip them. So there you have it. To be honest, I made a decision to travel from Edinburgh even before writing this post. It’s going to be Christmas, and I don’t really want any unnecessary time wasted. So no trains, no cheepo MegaBus nor NationalExpress… No Easyjet nor Ryanair…

One the other hand it’s always good to make sure that no mistakes were made. It’s true that I was limited by three weeks holiday window over Christmas, however I believe that I have found the best possible deal. If you guys know any other tricks, please share them in a comments.

And finally, I have noticed a few things: Thursdays and Tuesdays seem to be the cheapest days for travel, Skyscanner tricks you into thinking that you getting a deal when it is not really true (funny how you never get more expensive fare in a month view) and if booking  many days in advance it doesn’t really matter where you are flying from.